Are We Heading Towards Another Recession?

Home | News & Advice | Are We Heading Towards Another Recession? 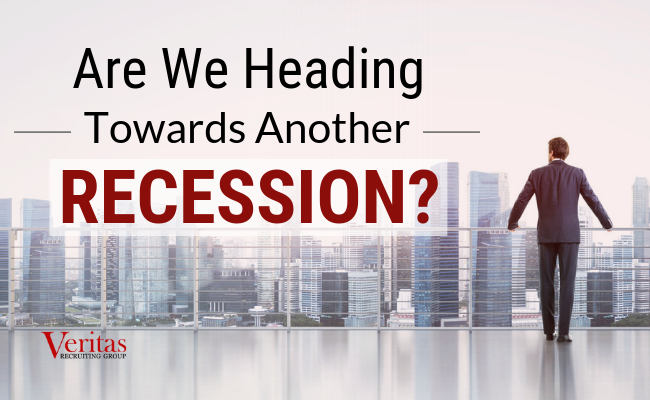 The United States is currently experiencing the second largest economic expansion in recorded history.  Coming out of the devastating recession in 2007, the US economy has made a nice comeback. However, there is no shortage of economic doomsayers warning people that another recession could be on the horizon.

Are the ominous forecasts of an impending recession valid? Let’s take a look.

Before we get into the likelihood of another economic collapse, it’s important to define what a recession is. A recession is defined as two consecutive quarters of negative GDP growth, which means America has experienced 47 recessions.

A recession is never good, but it’s worth pointing out that the 2007 recession was an especially nasty one, spanning ten quarters of negative GDP growth. The 2007 recession saw a 6.1% loss of payroll employment, dwarfing the 3.1% loss experienced during the deep recession that began in 1981. With that in mind, when you hear people saying that there is an impending recession, they’re not saying it will be 2007 chaos all over again.

If our economy does take a downward turn, it would be highly improbable that the situation would be as significant as 2007.

The Case of an Impending Recession

Depending on the forecast you’re looking at, economists and financial analysts will point to different warning signs as their evidence for an impending recession. However, most agree that the following factors spell out troubling economic times on the horizon:

Experts disagree on the degree to which each factor could contribute to a recession, but many believe a recession is coming in 2019 or 2020.

Economic forecasting is by no means an exact science. Studying the recessions of the past offer some guidance, but they are not precise. An asset bubble collapsing is usually the cause of a recession—I.E. the housing market collapse during the 2007 recession. Predicting which asset bubble with burst is hugely challenging but keeping an eye on interest rates is a reliable predictor.

The Federal Reserve raises and lowers interest rates to heat or cool the economy. In many of the past recessions, there has been a hike in interest rates before the recession begins, as shown in the graph below. Should the Fed continue to raise interest rates, it might be time to become more alarmed by the situation. In any case, it’s best to prepare your finances so you can adapt to anything.

If you’re interested in filling your corporate finance positions, or a finance professional looking to take advantage of the strong labor market, Veritas Recruiting Group can help. Contact us today to learn more about our search process.

GIVE US A CALL