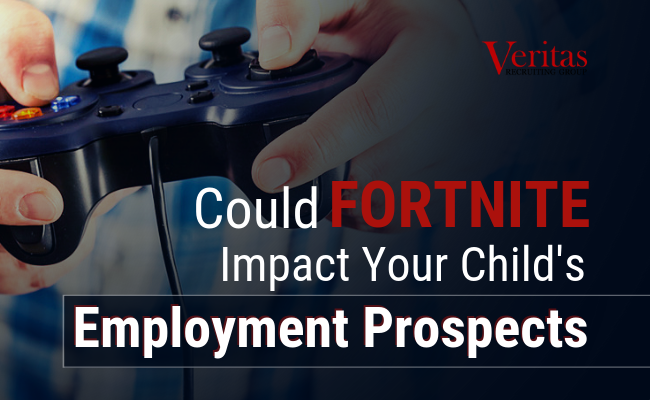 The popular video game Fortnite has become a lightning rod for families across the country. Parents are concerned about the excessive amount of time their kids are spending playing the game. Specifically, parents feel that their children are becoming addicted. The game’s pull is so strong that rehabilitation programs are overflowing throughout the country as parents are desperate to get their kids off the game. With over 125 million people playing the time-consuming game, the Fortnite phenomenon shows little sign of going away.

Can children become addicted to Fortnite? Will spending too much time playing Fortnite inhibit a child’s employment prospects in the future? How can parents moderate how much time their children are spending playing video games like Fortnite?

Yes, on the surface it might sound frivolous to say that someone is addicted to a video game, especially to those of us that are older and remember playing Atari and Nintendo games. However, in 2018, the World Health Organization recognized “gaming disorders” as a diagnosable condition, the same year that Fortnite’s popularity has reached all-time highs.

Video game addiction isn’t new, but specialists are alarmed by the sheer volume of cases. A manager of one addiction clinic said that as many as 70% of their patients report that Fortnite is the primary game they play.

What makes Fortnite so addicting? Experts have compared Fortnite to heroin, in that once you are hooked, it’s hard to get unhooked.  Game developers point to Fortnite’s mastery of the “lose by a little, win by a lot” methodology which creates dopamine hits in the brain, which is the same chemical that floods the brain when people win at gambling or do drugs.  Fortnite gives players a ‘hit’ and makes them feel exhilarated for a moment, but when they come down from it, users can begin to feel flat or aggressive, making them want to play again and get another hit of dopamine.

Children are at greater risks from these constant hits of dopamine because their brains are more flexible and not fully developed.  The self-control systems in the brain are one of the last areas to develop (sometime between 18-25 years old) so pre-teens, teens and young adults are much more predisposed for impulsive and risky behaviors and ultimately are more predisposed to become addicted.

Experts also cite the game’s cartoony graphics and bright colors as a powerful draw for children, but the social aspect is another element that influences the desire to play Fortnite.  Not only is there a social aspect to the game, where people virtually team up to win battles, but actual social life outside of the game is impacted where the hot topics of conversation are about their exploits on Fortnite.

Even when they’re not playing Fortnite, kids are watching professionals play it. Fortnite competitions can fetch audiences as large as 8.8 million people.

One of the primary complaints from teachers and parents about the addictive video game is that it’s occupying too much of a child’s day, which is preventing them from doing their homework and developing in school. A recent study found that 32% of users spend between 6-10 hours per week playing Fortnite while 13% of users are putting in 16-20 hours per week. With so much time spent playing Fortnite, it’s easy to see how kids are falling behind in school. Which begs the question, how does excessive video game usage impact a child’s future employment prospects?

Economists Mark Aguiar, Mark Bils, Kerwin Charles, and Erik Hurst recently compiled a study on the subject. While their research was limited to observing video game behavior in men and not focused on Fortnite, which rose to popularity in 2017, its findings are revealing.

Their study found that from 2000-2015, the employment rate for men in their 20s without a college degree dropped a whopping ten percentage points. A big chunk of the time these men spent not working was instead spent playing video games. For each hour less the group spent working, time spent on leisure activities rose about an hour with 75% of the increased leisure time occupied by gaming.

Cons to employment prospects: Spending a majority of your free time engaging others in the virtual world can stunt an individual’s ability to communicate in more traditional real-world situations like interviewing for a job.  Simple things like looking someone in the eye and giving a solid hand-shake can make or break an interview. Unfortunately, it seems that the people skills of these Fortnite generation young adults are lacking.  Another negative to sitting in front of a gaming console for hours on end, day after day, month after month, is the ingrained behavioral pattern.  Finding a job takes self motivation and a willingness to get out of the house and do something productive, which is not a hallmark of addicted Fortnite players.

Pros to employment prospects: There are positives to the game if played in moderation.  Children who play it are communicating with their friends in order to do the challenges and are figuring out how to work together to accomplish goals.  Players also have to think on their feet and make quick decisions.  Played in moderation, Fortnite can benefit cognitive development, skill acquisition, and peer socialization…all positives for employment in the real world.

As the Fortnite generation enters the workforce in coming years, it will be interesting to see if the pros outweigh the cons.

And, if you think your kid is the next Ninja and is going to make a living playing Fortnite professionally (either competing or streaming), with over 200 million players and growing, the odds are not in your favor.  To put in perspective, there are slightly more than 1 million high school football players in the US and only 300 make the NFL each year, which puts the odds at 0.002% chance.  So there’s a 99.998% chance your kid isn’t going to play in the NFL and worse odds that your kids isn’t going pro playing Fortnite.  So, don’t quit your day job and make sure your kid gets a day job.

The Importance of Moderation

While the Fortnite hysteria from parents and educators is understandable, it’s also important to remember how crucial moderation and balance are in life. Parents can teach their children a valuable, life-long lesson on doing the things they enjoy in moderation, playing Fortnite, while balancing it with the necessary tasks they might dislike, such as doing their homework.

Will playing Fortnite for days on end inhibit their success in school, and therefore limit their employment options in the future? It could, but so too can spending too much time watching television.

Instead of panicking about the dangers of Fortnite, some educators have deployed a different approach—one that parents would be wise to apply. Rebecca Young, a middle school teacher in California, noticed her students were showing up to her class sleep deprived and with unfinished homework. Instead of decrying the game, she chose to embrace it.  Parents can certainly use her methods to do the same at home.